Developed on a project elaborated by the Italians, the seafront zone of Mandraki, just off the fortifications of the Medieval City of Rhodes has since its inception been meant to harbor a modern – novel for its time – hub of tourist, entertainment and trade activities, in what was to be a model of design and structure. Not surprisingly, all such activities are to this day pursued, within a definitely pleasant and tasteful ambience.

The ELLI structural complex is situated at the Punta della Sabia (known as Kum Burnu under the Ottoman rule). Together with the building of the Rhodes Marine Club (NOP) and the restaurant next door, this complex delimits the city’s northern boundaries, in sequel to the Kountourioti Square (formerly known as the Piazza 23 Marzo), itself bordered westwards by the Tekke Murat Reis ottoman complex, eastwards by the seafront and southwards by the building housing the administrative services of the Prefecture of the Dodecanese.

ELLI was built over the period between 1936 and 1938 on a project believed to have been elaborated by the Italian Architect Armando Bernabiti. Together with the concrete diving board (trampoline) off the beachfront, it was destined to house a bathing facility and a snack bar.

The complex itself is a statement of eclectic style, typical of the time of its construction albeit featuring several details perfectly harmonized with the “oriental” style. Striking is its voluble design perfectly adjusted to the environing area and the complex’s overall allure, the predominant feature of which is the circular hall – hence the original name of “La Ronda”- , endowed with spacious arched window doors under a vaulted roof dotted with a multitude of small, lozenge-form skylights.

ELLI has come down in history as the most impressive example of bathing facilities. The ground floor was meant to be used for storage of canoes, boats and relevant gear as well as hosting a kitchen and a cloth-press, the whole connected to the upper floor through an internal staircase; the premises on both the ground floor and the upper floor of the northern wing harbored the lockers.

Upon the Dodecanese’s annexation to the Hellenic Territory, the main building was converted to an officer’s club for the crew of USS “COURIER” aboard of which “Voice of America (VOA)” used to broadcast. That was how for the first time the upper floor was cut off the ground floor premises. Later on, the upper floor hosted various night clubs, dancing venues, bars etc.

In 1987, the complex was formally classified as a protected heritage monument by the Hellenic Ministry of Culture. 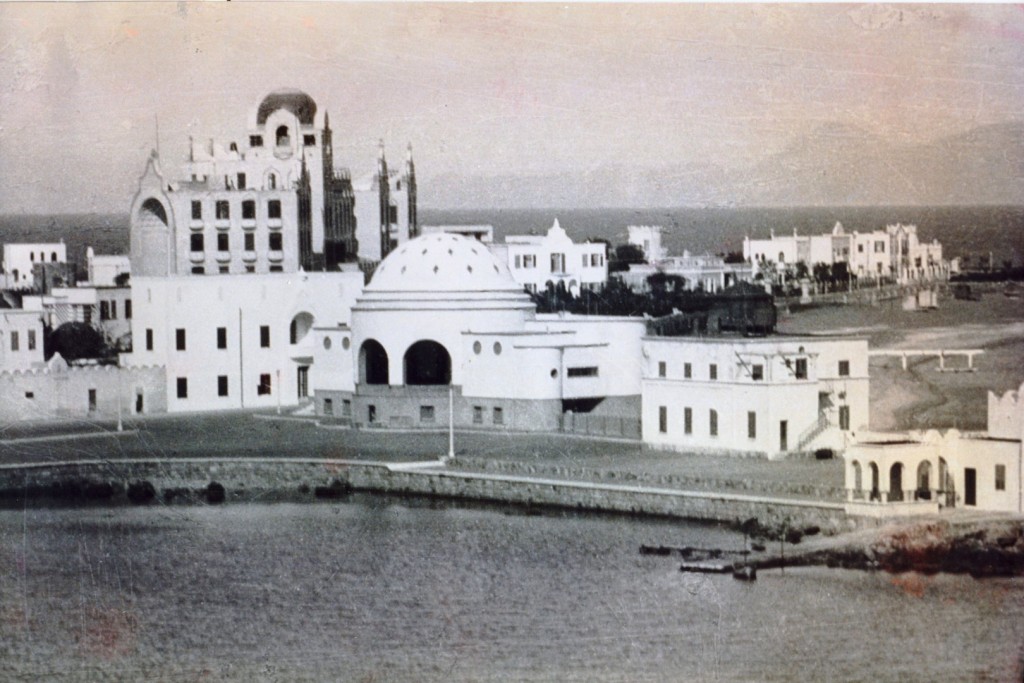